Flooding of the Georges River 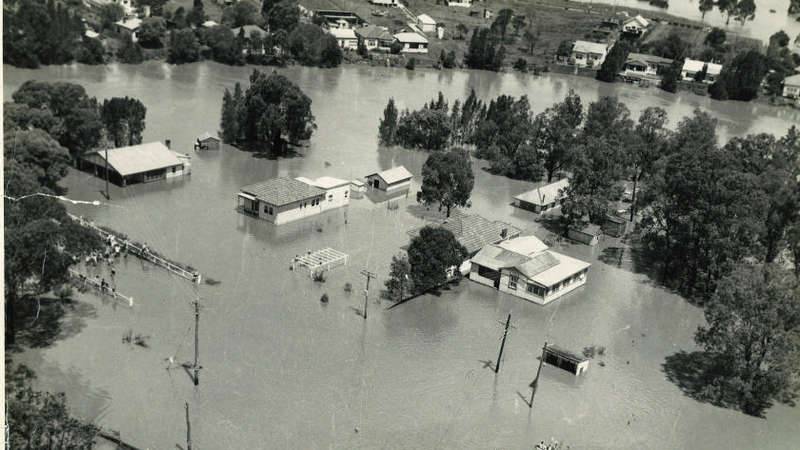 Most severely flood-prone rivers in NSW

The Georges River is considered one of the most severely flood-prone rivers in NSW, although community awareness has waned with passing time since the last major flood. Some long-term residents in the area recall large floods in the river in 1956, 1969, 1975, 1976, 1978, 1986 and 1988. These were much smaller than floods in the late 1800s: the flood in 1873 was a 1 in 100 year event, during which water rose 10.5 metres and whole houses were washed away. However, given that there were more properties and residents in the 1980s than there was earlier, there was more potential for destruction and loss of lives.

Since the 1980s, the Georges River catchment has been further developed. Future flooding will be exacerbated by increased cover by hard urban surfaces, with assets along the river and in flood-prone areas vulnerable to flood damage. Storm surges in the lower estuary may be exacerbated by rising sea levels, with climate change also likely to bring more severe weather events.

In February 1956, over 300 mm of rain fell across three days in the Georges River catchment, resulting in the flooding of 1000 homes and evacuation of 8000 people, including people being rescued from rooftops after fleeing from rapidly rising floodwaters.
More recently, in August 1986, over 320 mm of rain fell in 24 hours on one of the wettest days ever recorded in Sydney. The Georges River and Hawkesbury River flooded, resulting in 6 deaths and ten thousand homes being damaged, with the value of that damage estimated at $35,000,000. To provide some perspective on the intensity of rainfall, the average annual rainfall in the area in just over 870 mm (i.e. floods occurred owing to over a third of annual rainfall being delivered in single events). A 2001 estimate of the potential damage bill owing to a 1 in 100 year flood was $300,000,000. 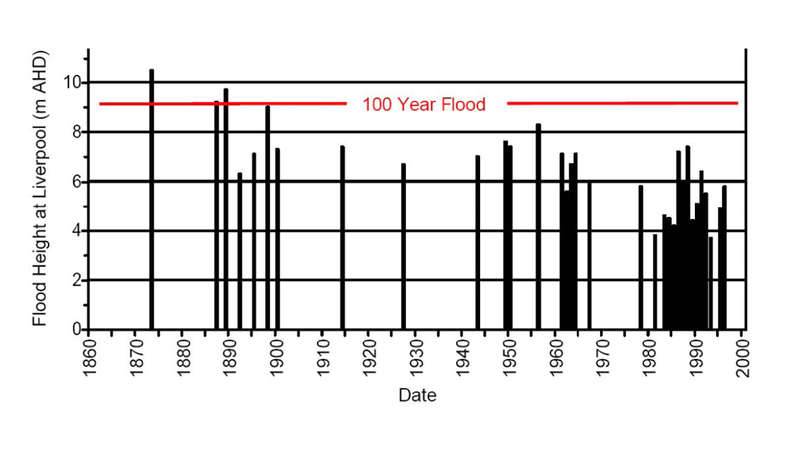 Figure: Georges River Flood History. Flood Heights at Liverpool Weir. Maddocks (2001). Have we forgotten about flooding on the Georges River? 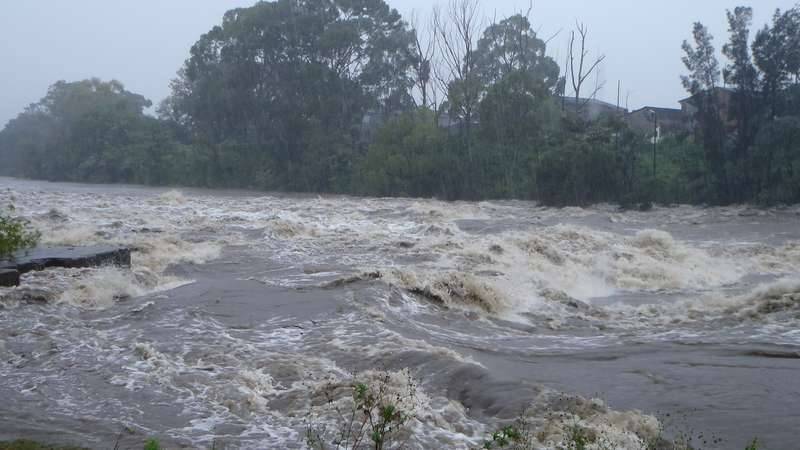 Where is the floodplain?

The main floodplain of the Georges River occurs between Glenfield and East Hills, in Liverpool, Fairfield and Canterbury-Bankstown Local Government Areas. In that area, the river flows through low-lying areas with soft shale geology, whereas in other areas the river flows through deeper sandstone valleys. Those valleys act as a bottleneck during floods, with water backed up into low lying areas.
Detention basins, levee banks, housing buybacks on floodplains, house-raising schemes and planning controls have been introduced to mitigate the impacts of future flooding of the Georges River, but these won’t prevent flooding.

Georges River is due for a big flood

Floods are measured on a scale of the amount of time they are expected to reoccur, based on available records. The location of flooding is somewhat predictable, but the exacty timing of flooding is not. Past records indicate that floods occur in clusters between which there may be decade-long gaps before floods appear again. So, it is likely that on average a 1 in 20 year flood has a 5% chance of happening in any year. Given the clustered nature of floods this does not mean we can rely on the next event coming exactly 20 years after the last. The 1980s floods were both 1 in 20 year events, which are considerably smaller than the largest floods that are likely to occur at some time (‘probable maximum flood’). 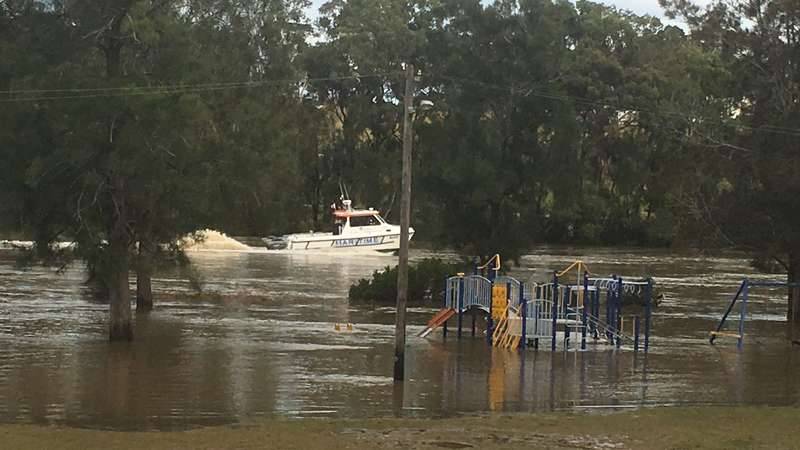 Be prepared for flooding!

Residents on the floodplain should be prepared for flood, be alert at times of heightened risk during large storms and act early by:

During flooding events, you can find emergency information, advice, and access to the latest river heights and rainfall observations and forecasts at: