What shaped the Georges River?

To answer this question, you need to look at the geomorphology of the landscape. Geomorphology identifies the shape of the earth’s surface to be the result of the forces of geology, biology, and water acting over many, many years.

Only a few thousand years ago, the mouth of the river would have looked very different. Back then, during the last ice age, the river didn’t empty into Botany Bay as it now does but flowed past Kurnell to the former sea level, kilometres off shore.

As sea levels rose so too did sand which became deposited by wave action (and potentially tsunamis) to create a ‘barrier’ between Kurnell and Cronulla with Botany Bay being formed behind it. The Kia’mia story tells the experience of the indigenous people who lived through these events.

Further inland, as the sea level rose it began to fill the narrow river valley of the Georges that had been carved into the sandstone valley over millions of years. This created several bays as the small gullies and tributaries of the river became drowned with salt water.

At the end of these bays where creeks still enter the river, sediment accumulated creating ‘bayhead deltas’ - shallow areas of intertidal land which became colonised by mangroves and saltmarsh. Other shallow areas of the lower river were created by an infilling of the valley, caused by sediment moving down from the upper catchment and sediment being moved in by tides from Botany Bay. 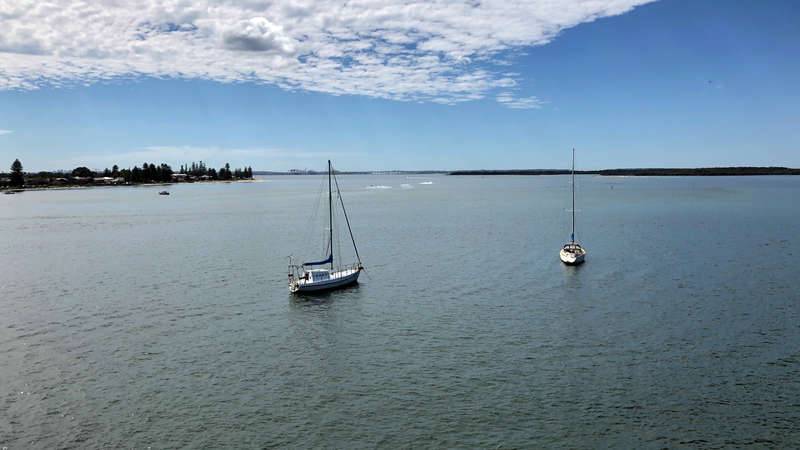 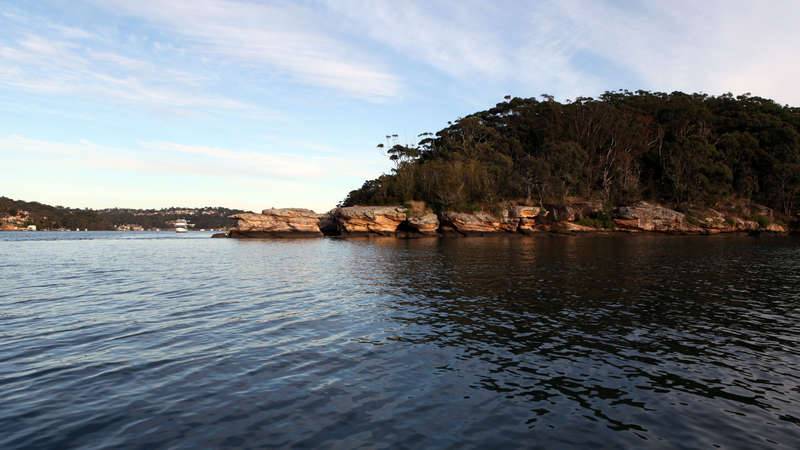 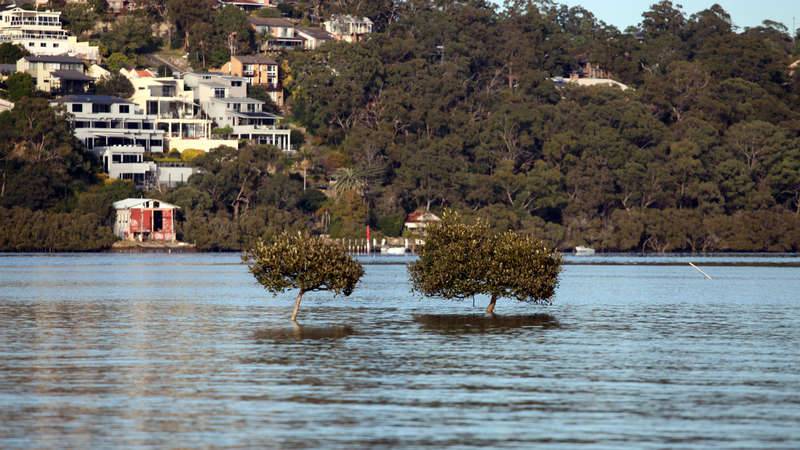 Around East Hills, the high sides of the sandstone valley become replaced by a wide and relatively flat floodplain. The banks of the river here are naturally comprised of sand and fine sediment which can be eroded by the river. This type of geomorphology is known as an ‘unconfined valley setting.’

In recent years, many of the foreshores have been ‘hardened’ with rock and concreate seawalls to prevent the river from altering its course.

There are a few tributaries which enter the Georges river along this section such as Cabramatta and Prospect Creeks which flow slowly from west to east across the Cumberland plain. Where these creeks enter the river at Chipping Norton the river turns nearly 90 degrees to the south. Around here, sand has been deposited from the eroding upper catchment over thousands of years.

Chipping Norton was also the site of sand mining activities during the 20th century which created the artificial lakes. 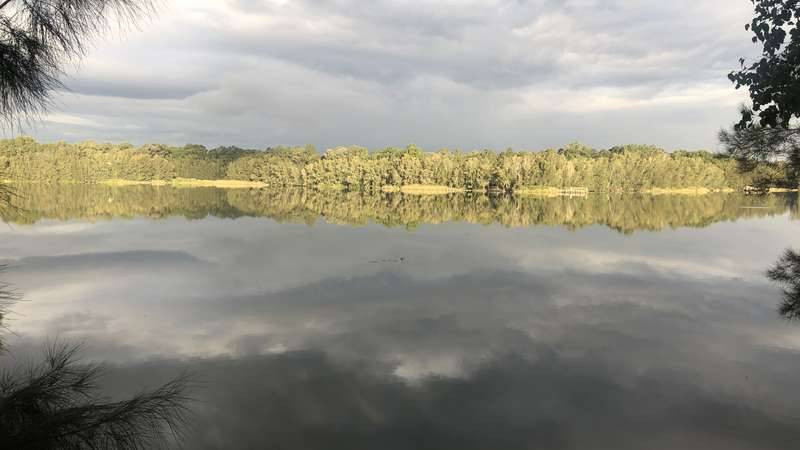 Chipping Norton Lakes, on the Georges River (seen from Fairfield) 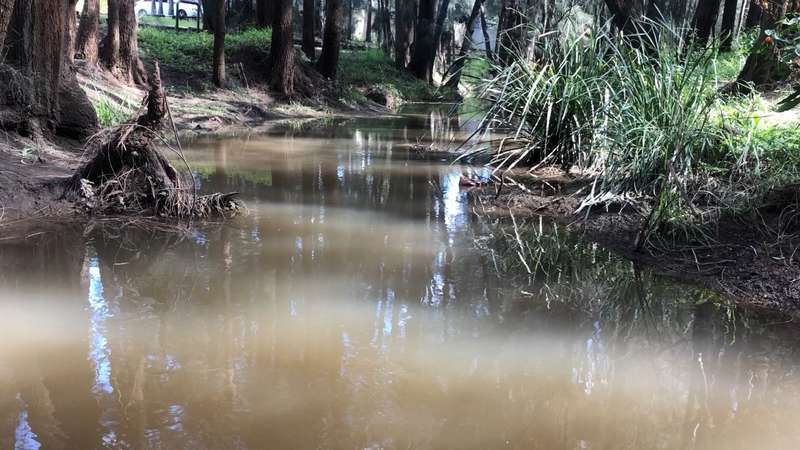 Clay creek on the Cumberland Plain 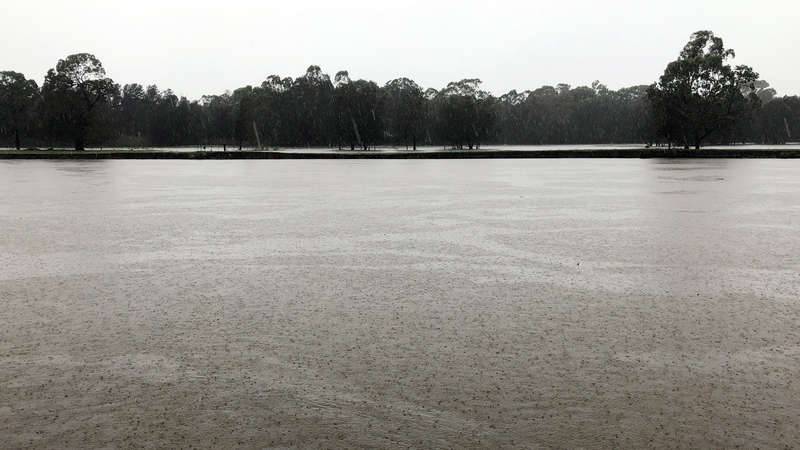 Floodplain on the Georges River

Liverpool Weir represents the start of the freshwater section of the Georges river. Upstream, the river begins to rise into sandstone dominated areas of the Woronora Plateau. Here the river has cut into the sandstone to create a tight valley or gorge.

The river is confined to the bedrock channel in most areas along the upper river with only small discontinuous sections of sandy floodplain.

The occasional deep pool or scour hole can be found as the river slows down after descending through particularly steep sections of the gorge.

The headwaters of the Georges River and some of its tributaries are on top of the plateau, flowing through flat ‘hanging swamps’ before plunging into the gorge country on the way to the coast. 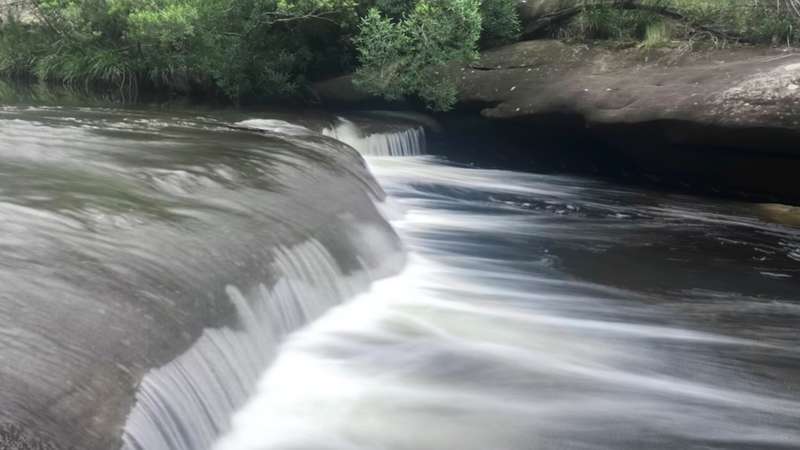 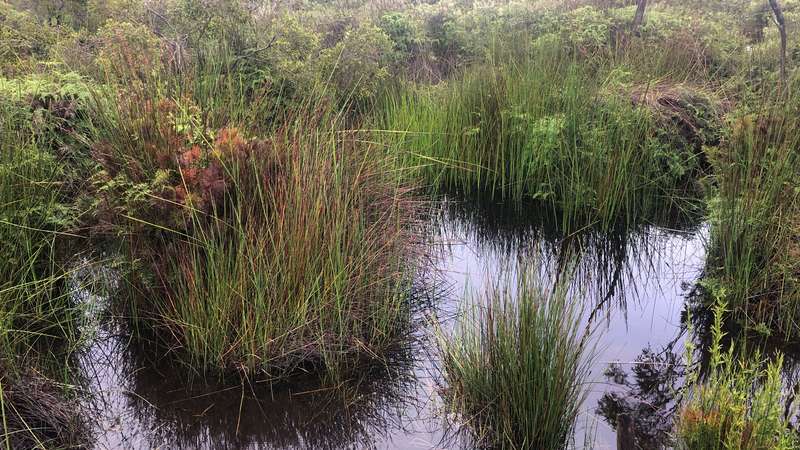 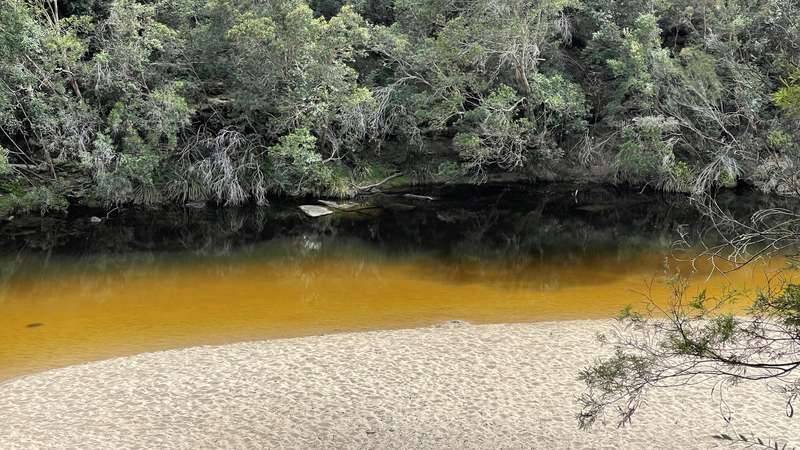 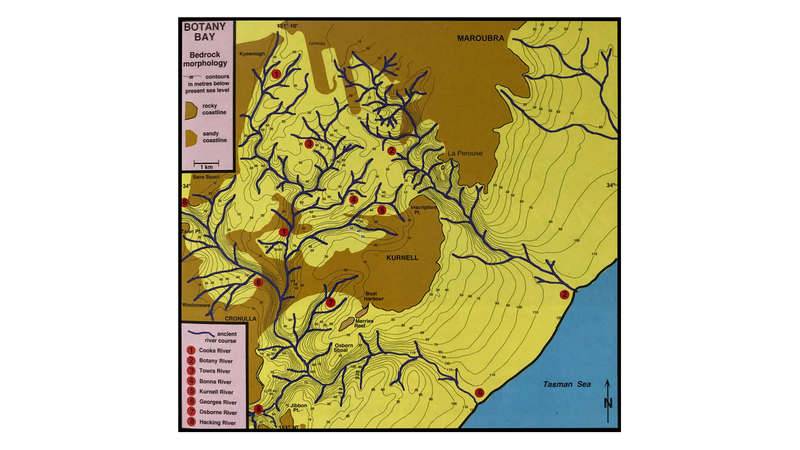 Map showing the current shoreline (in brown) and the shoreline as it was 16,000 years ago (where the yellow meets the blue ocean)
“Georges River Estuary Handbook” (2012), a project of the Lower Georges River Sustainability Initiative