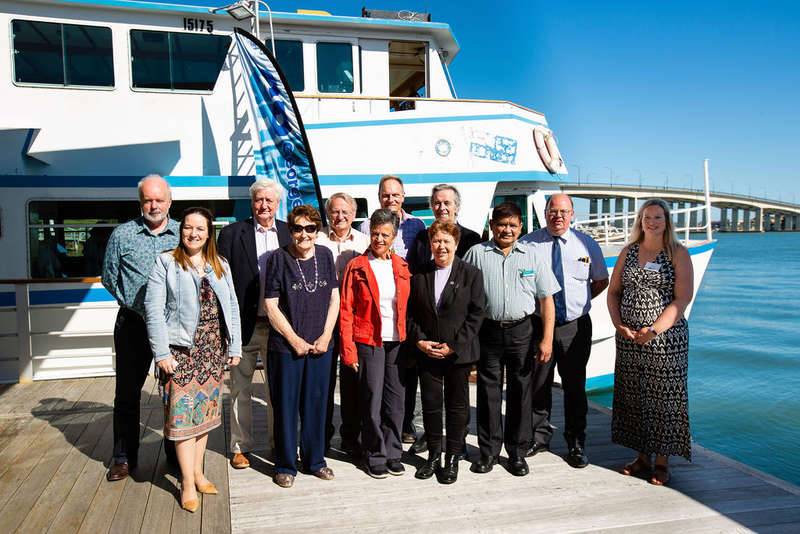 Sydney wastes most of its rainwater and pouring this valuable resource down the drain must stop, says Georges Riverkeeper on its 40th anniversary.

Even during drought, billions of litres of stormwater rush off the concrete streets each year, flowing into storm drains and emptying, untreated, into our creeks, rivers and oceans.

Not only is it a waste of water, but it carries pollution and contaminants, such as pesticides, asphalt, road chemicals, grease, oil, and human and animal waste, that are harmful to people, wildlife and our waterways.

Georges Riverkeeper Manager Beth Salt explains: “Infrastructure has been built to get rid of stormwater fast, but this has to change; stormwater can be treated and used, instead of our drinking water, to water the green spaces and sports fields that cool our city.”

She continues, “Stormwater projects have many benefits including improving water quality in our rivers, flood control and habitat creation.”

But large amounts of stormwater cannot be captured by a single project so Georges Riverkeeper is encouraging local Councils and residents to slow, capture, treat and recycle rainwater.

“We’re not doing all the things we need to be doing. Stormwater capture and treatment has the potential to increase our overall water supply and turn a pollutant into a resource, to turn a negative into a positive,” Salt says.

Georges Riverkeeper is celebrating being in operation for 40 years, coordinating projects on behalf of its member Councils and advocating for better river management practices across the broader Georges River catchment.

Salt says, “We are pleased to say that less pollutants are being pumped into the river by industries than 40 years ago; there’s been an estimated 30% reduction in litter collected from within the catchment in this last year alone as a result of the ‘Return and Earn’ container deposit scheme that we advocated for; less sediments are flowing to the river via stormwater because of education campaigns; and rehabilitation of saltmarsh in the catchment is having a positive effect.”

Although it is unlikely that the oyster industry will return in the foreseeable future, recently mud oysters have returned to the Georges River and jellyblubbers and solder crabs have recently been sighted too.

“Unfortunately, 95% of the pollution in the Georges River comes from stormwater,” Salt reveals.

“One of our goals for the future is to have a marked impact on the quality and quantity of stormwater entering the Georges River and improve stormwater management practice standards.”

An enormous amount of work has been completed during the first year of the Simmos Beach catchment restoration project, funded by the NSW Environment Trust. The project has focused on rehabilitating the riparian area of a small un-named creek that flows to Simmos Beach on the Georges River.

Loss of biodiversity threatens all, including our health.