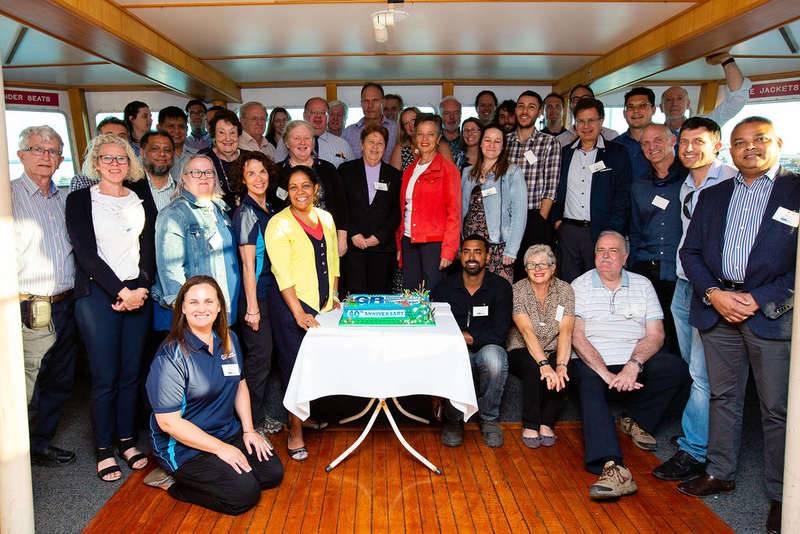 Georges Riverkeeper, one of Australia’s longest running catchment management organisations is celebrating its 40th anniversary of protecting and enhancing the Georges River waterways in south Sydney.

From humble beginnings in 1979 as the Georges River Combined Councils’ Committee (GRCCC) run by a group of volunteers with some council support, the organisation has evolved by developing relationships with its members and a range of partners who assist in removing litter, rehabilitating bushland, ecological monitoring, developing and implementing catchment-wide management plans, disseminating information, and advocating on behalf of the river.

It’s estimated that the Georges River catchment, which is home to 454 species of fauna, including iconic species such as koalas, platypus, swamp wallabies, grey kangaroos and many important fish species, as well as 29 Endangered Ecological Communities and 1.4 million people, provides over two billion dollars of ecosystem services to the community.

Valued uses of freshwater reaches include picnicking, bushwalking, swimming and industrial cooling and washing. The Woronora River subcatchment that flows into the Georges River, provides drinking water from its upper reaches. Lower reaches of the estuary are used for boating, fishing and passive recreation.  At the mouth of the river, the Towra Point Wetlands are an ecologically significant wetland under the Ramsar Convention.

With increased development within the catchment the population is meant to increase to almost 1.7 million by 2031, intensifying all of the human induced pressures on the river.

Builders and home renovators are being urged to stop run-off from their building sites polluting waterways and green spaces that Sydneysiders increasingly rely on for recreation and enjoyment.

Community on board with paddle against plastic

Georges Riverkeeper wishes to thank the 86 community volunteers who removed an estimated 267 kilograms of rubbish during the recent Georges River Paddle Against Plastic event on Saturday 17 April.

Browse our resource library
Georges Riverkeeper: the establishment and evolution of a catchment management organisation