Recreational fishing in the Georges River

Fishing is a very popular activity in the Georges River. There was commercial fishing in Botany Bay from 1790 until 2002, after which it became a Recreational Fishing Haven. In the upper freshwater reaches of the river, bass and eels are targeted by anglers. But, most fishing occurs in the lower estuarine reaches of the river, where bass, bream, flathead, whiting, tailor, luderick, kingfish, mullet, mulloway and perch may be caught.

Fishing is restricted within the Towra Point Aquatic Reserve. It’s a source of fish for the surrounding area and includes a sanctuary zone and a refuge zone within its boundaries. Within the sanctuary zone, recreational fishing and collection of invertebrates and marine vegetation (whether alive or dead) is prohibited. Within the refuge zone it is possible to catch fish by line and hook, plus use recreational nets, but not collect invertebrates or marine vegetation.

There are also fishing closures at: Kogarah Bay for bivalves and whelk; Wooloware Bay for shellfish; and, Gwawley Bay and Woronora River for netting any fish. Oysters can not be taken from anywhere in Georges River or Botany Bay, except in accordance with NSW Shellfish Program under Food Regulation 2004 (see Department of Primary Industries for more information about closures).

You can see the restricted areas on our fishing map.

Warnings are in place owing to concentrated industrial pollutants:

FISH AND SHELLFISH SHOULD NOT BE EATEN if caught in Georges River and its tributaries upstream from Rabaul boat ramp at Georges Hall, including Prospect Creek, Cabramatta Creek and Chipping Norton Lakes. The same warning applies for Salt Pan Creek and its tributaries, upstream of Henry Lawson Drive at Padstow.

If you regularly catch fish in Botany Bay and the lower Georges River, there is new advice on how much of each fish type you can eat. Low levels of PFAS (per- and poly-fluoroalkyl substances) have been identified in fish of the Botany Bay area, likely related to past use of fire fighting foam in the area.

The Department of Primary Industries advises people who frequently fish in this area to limit the number of servings of individual species. 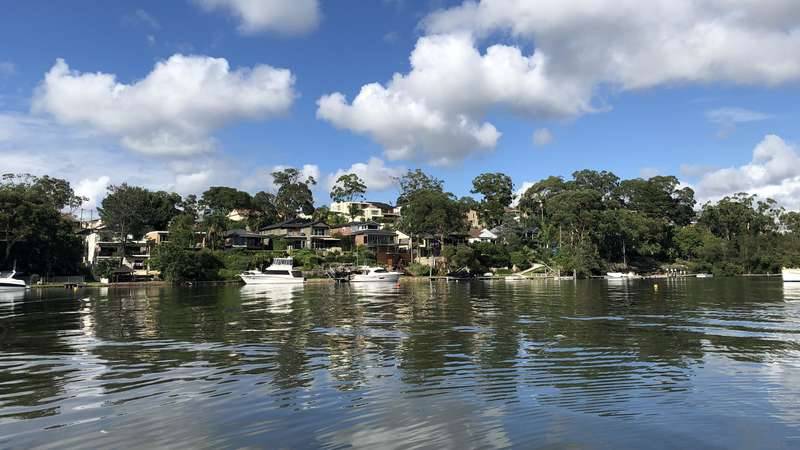 Be a responsible angler